The Hungarian Government agreed with the Hungarian National Council of Subotica back in 2016 on the restoration of the synagogue in Subotica. A Hungarian-Serbian consortium was formed then to fulfil this task, in which the Serbian partner took on the builder’s tasks, while Mega-Logistic Inc. – with Hungarian ownership – took on the whole inner restoration and the outside settling works as well. As part of this, the special fence of the synagogue that follows the outlines of the building was also renewed.

The synagogue of Subotica is an art historical delicacy, since at the time of its building the creators overran the design defined by Jewish decorative art. During building, the main, determinative characteristic of the synagogue became Art Nouveau. This duality was a great challenge to Mega-Logistic Inc. during restoration, because they had to find the best Hungarian professionals to restore the metallic, wooden, lithic and painted parts of the inner spaces of the synagogue. There were times when altogether twenty-five different Hungarian restorers were working in the scaffolded synagogue. As Geza Loki, the owner of Mega-Logistic Inc. said: „Preserving our built history is a collective responsibility”, meaning that beyond restoration, the Hungarian company had to strive for reconstructing the original condition.

For Mega-Logistic Inc. the most significant part of the field restoration works was the renewal of the lithic elements. Having to revitalize 300 running metres of lithic stairs, 17 metres of handrail and 57 balustrade columns indicates the greatness of the works. The stone restorers also renovated a previously damaged marble memorial well and 25 metres of arched stairs.

The biggest challenge of restoration was waiting for the decorative painters and the plaster sculptors, when, after the demolition of damaged and soggy structural parts it became clear that the inner surfaces of the synagogue should be recreated almost entirely. After the newly plastered surfaces had dried, the painter restorers preconditioned the walls for the 300-400 square meter decorative paintings by cleaning and founding the surfaces. The gypsum ornaments of the pillars and loft balustrade were gold-plated on 440 square meters. The restoration of metallic elements is demonstrated best on the grandiose central chandelier. Besides the chandelier, the reconditioning of the two Menorahs and the 13-armed candlestick also praises Mega-Logistic Inc.’s work. Wood restorers renewed the gold-plated doors of the Bima, the Torah wardrobe and wooden organ-pipes. After the renovations made in Hungarian restoration workshops and master builder works had ended, the field works were completed at the end of December 2017. 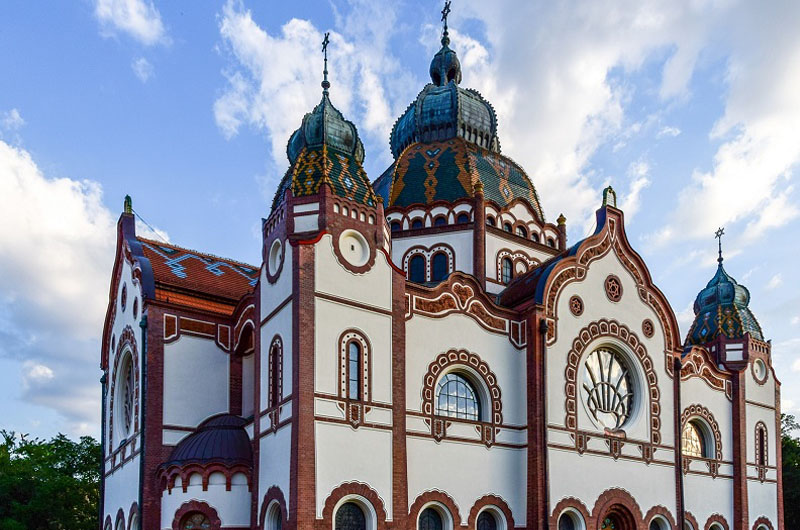 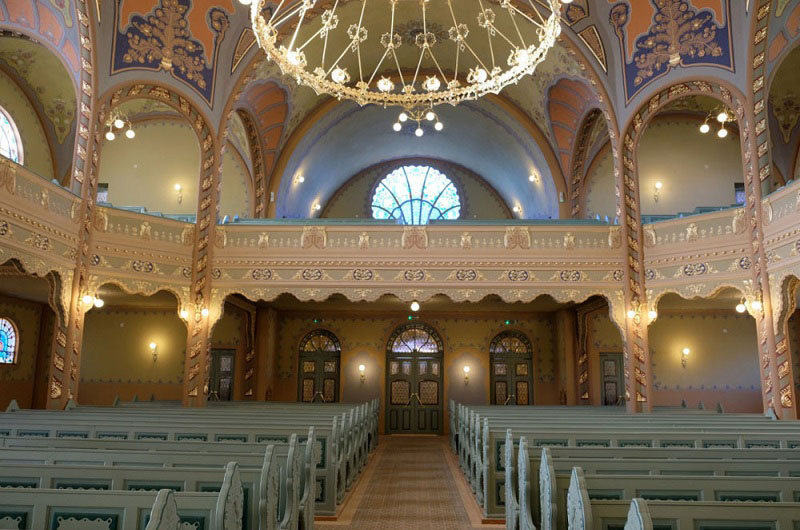